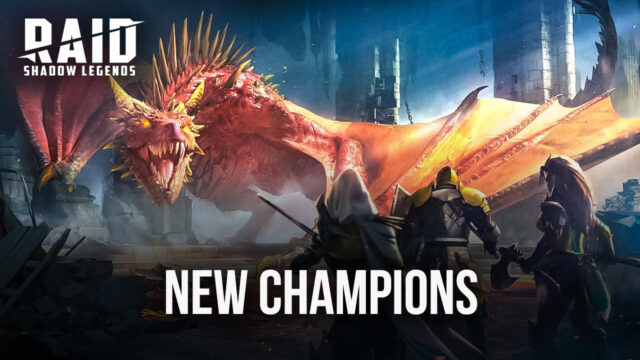 The year of PvP is what Plarium’s answer to the future of RAID: Shadow Legends was to the community for the year 2022. The advent of Hydra Clan Boss marks the end of the road for further PvE content and marks the start of new PvP focused updates. Patch 5.20 is the first patch for February and we have a ton of improvements and new champions to go along with it. Players also saw the new legendary fusion champion Karato Foxhunter for the special occasion of Valentine’s Day. Let’s see all of the new champions coming to RAID: Shadow Legends with Patch 5.20. 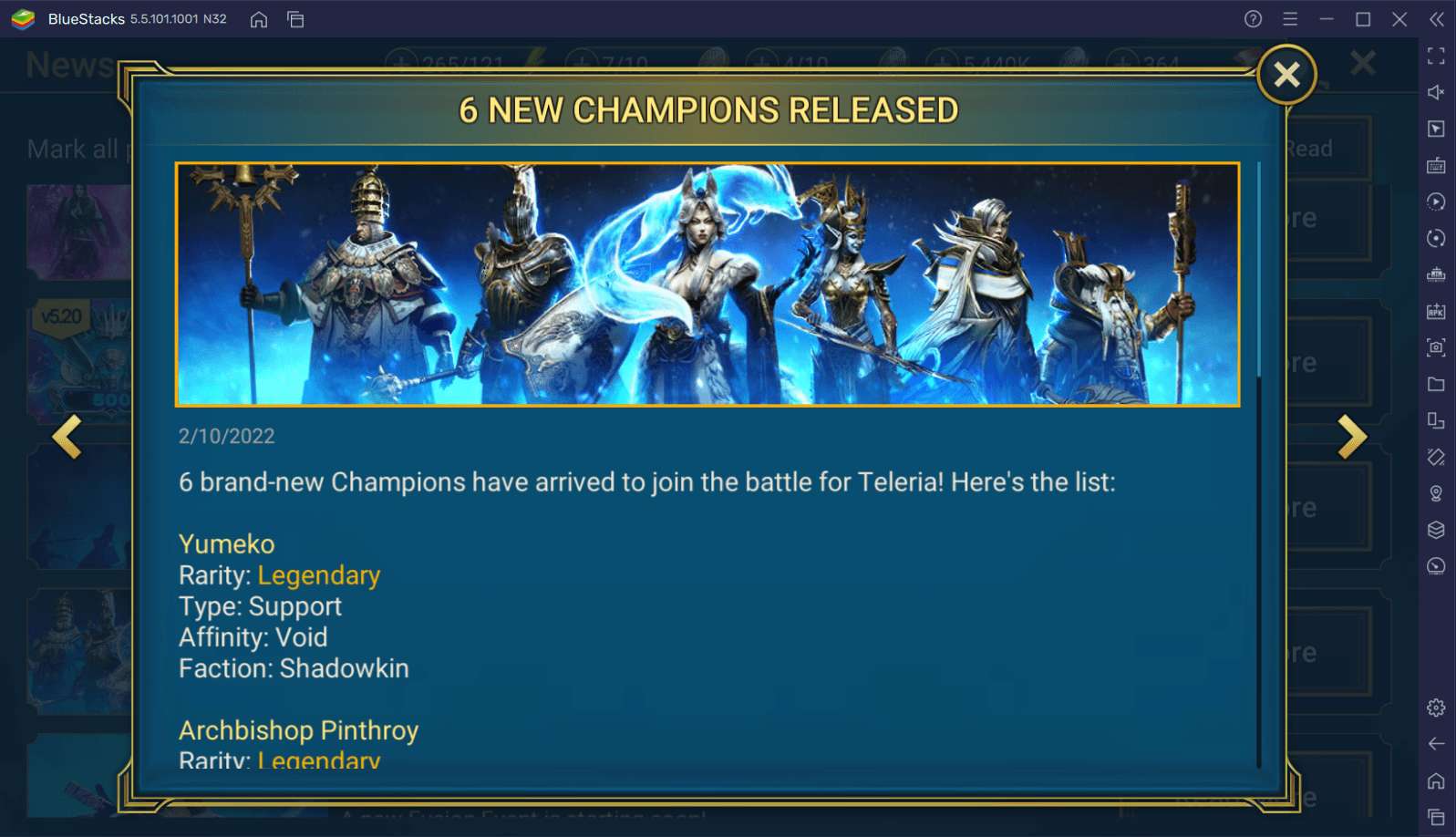 For the list of champions, we have the following new additions to the roster of RAID: Shadow Legends: Archbishop Pinthroy (Legendary Spirit Affinity Champion from The Sacred Order Faction)

His 1st skill Author of Fates is a single targeted damaging skill that has a 75% chance of transferring 1 debuff from himself to the targeted enemy while also having a 75% chance to steal 1 random buff from the target.

He also provides Increased Accuracy buff to all allies for 2 turns while also inflicting Heal Reduction and Block Buff debuffs on all enemies for 2 turns with his 2nd ability. His passive ability states he cleanses Defense and weakens debuffs from himself every turn. 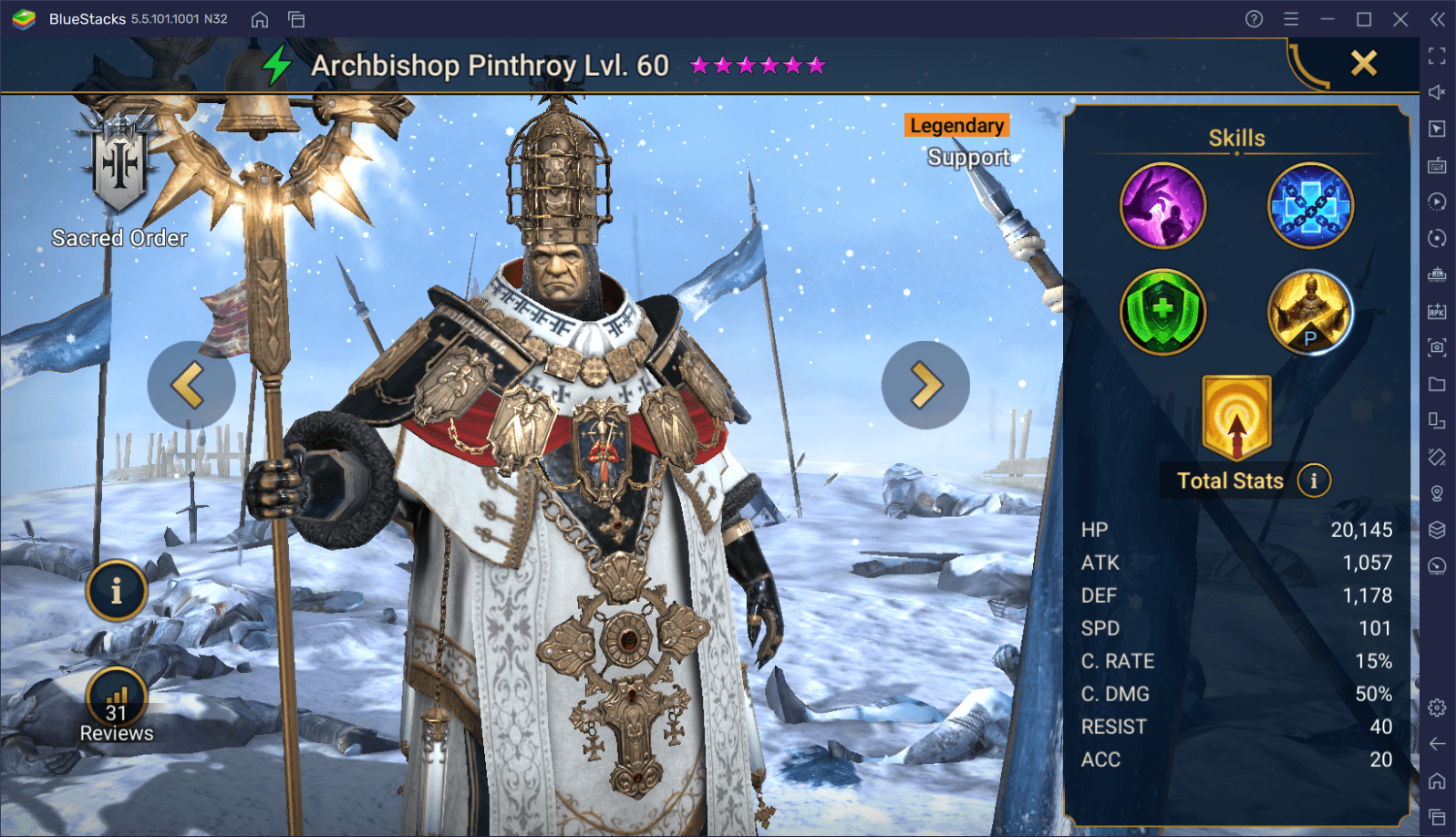 Heals all allies by 30% of their MAX HP, then places a 60% [Increase DEF] buff on all allies for 2 turns. If 4 or more allies are alive, also places a [Shield] buff on each ally for 2 turns equal to 30% of their MAX HP.
Splendor (Passive)
Removes all [Decrease DEF] debuffs and [Weaken] debuffs from this Champion at the start of each turn.
AURA
Increases Ally ACC in all Battles by 50.

YumekoYumeko is a legendary grade Void affinity Support type champion from the Shadowkin Faction. Yumeko is valentine’s partner of Karato Foxhunter, the latest fusion event champion and her skills synergize with him being on the team.

Her passive also states that Yumeko is immune to all debuffs if she has a Veil or Perfect Veil buff on herself. Overall, she looks really strong for PvP and considering this is the year of PvP according to the developers themselves, she might be a great addition to your roster if you get lucky. 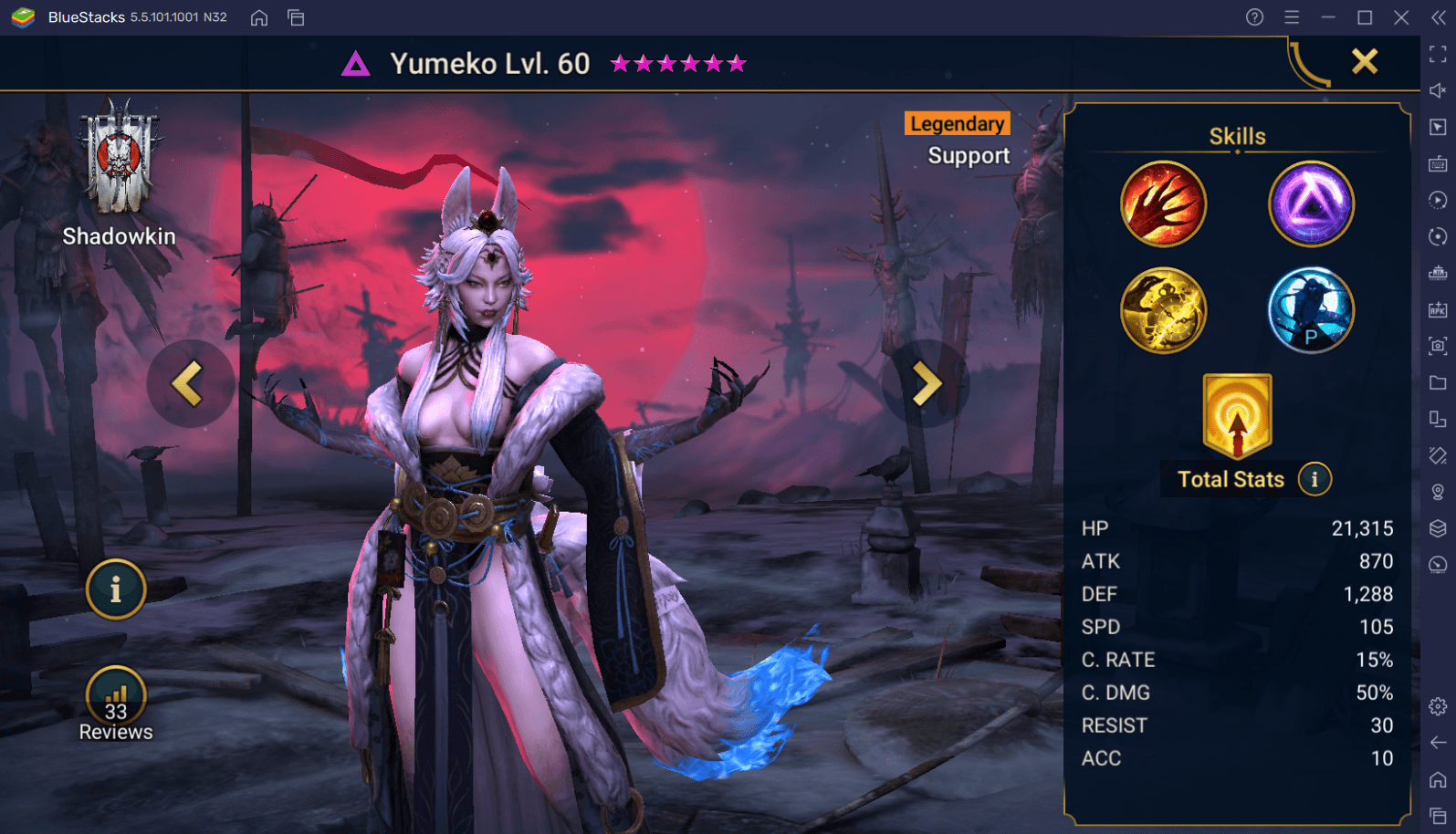 Allies receive 10% less damage from Champions whose RES is lower than or equal to theirs.

Karato Foxhunter
Karato Foxhunter is a legendary grade Spirit affinity champion from the Shadowkin faction. He has a very high base Attack of 1564 which makes him a suitable choice as your primary DPS in Arena, Dungeons, etc.

His 1st skill Three Visitations is a single targeted damaging skill that hits the targeted enemy 3 times with each hit having a 20% chance to inflict a 25% Weaken debuff for 2 turns.

Places a 50% [Increase ATK] buff and a 30% [Increase C.DMG] buff on this Champion for 2 turns if this attack kills an enemy. These buffs cannot be removed.
AURA
Increases Ally SPD in Arena battles by 20%

There is an Epic grade Force affinity Attack-based champion from the Dark Elves faction. Ther ESC is a weak champion in our opinion and much of the community also thinks the same way.

She has low multipliers being an Attack based champion and does not provide much utility. She does have an AOE targeted damaging skill that inflicts the new debuff called Decreased Resistance for 2 turns.

Inflicts 10% more damage against targets whose RES is lower than this Champion’s ACC
AURA
Increases Ally C.RATE in all Battles by 12%

Andryssia
Andryssia is an Epic grade Void affinity Defense-based champion from the High Elves faction. Andryssia is a great Supportive champion that can also inflict heavy Crowd control on the enemies.

Fylja is an Epic grade Magic affinity Attack-based champion from the Dwarves faction. Fylja is the fusion champion required to fuse Karato Foxhunter for the ongoing Valentine’s Day fusion event. Players need to get 4 copies of her and further level them and ascend them to fuse Karato. Fylja by herself is a solid DPS option for new to mid-game players.

Her passive grants her Increased Attack and Increased Critical Hit Damage buff for 1 turn when she has less than 2 buffs at the start of her turn. Her 3rd ability is an AOE damaging skill that targets all enemies and boosts 15% of her turn-meter for every critical hit while also healing herself by 15% of the damage dealt.