Like in every other strategy game, most of your actions in Warpath will take place in your base which, in the beginning, is only an empty plot of land. Once you receive your first airdrop as part of the tutorial, you’ll have the means to start building your first few structures and establish a foothold in the land. 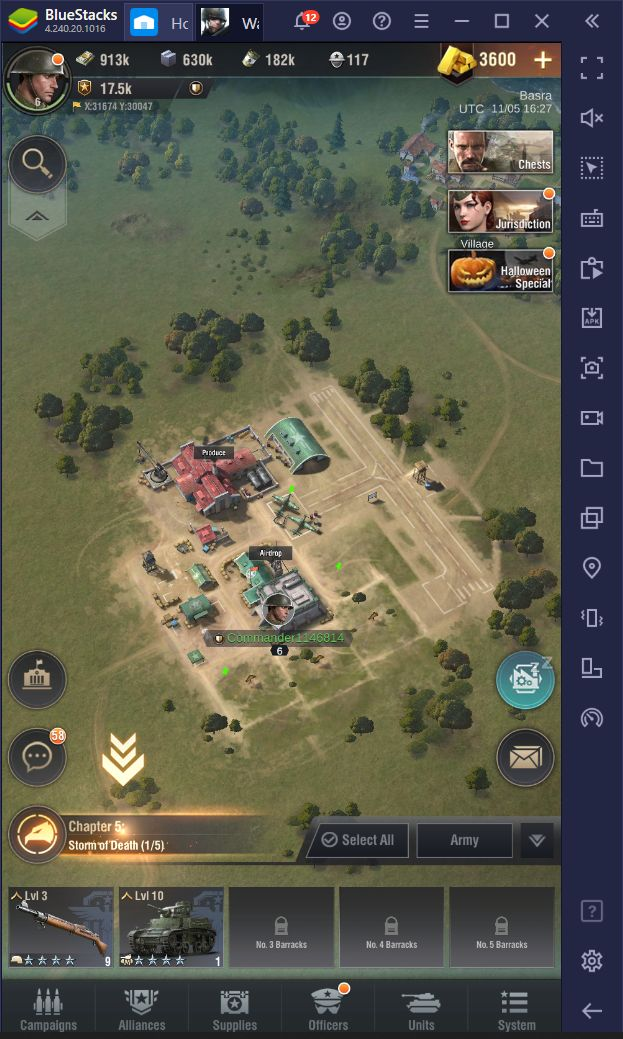 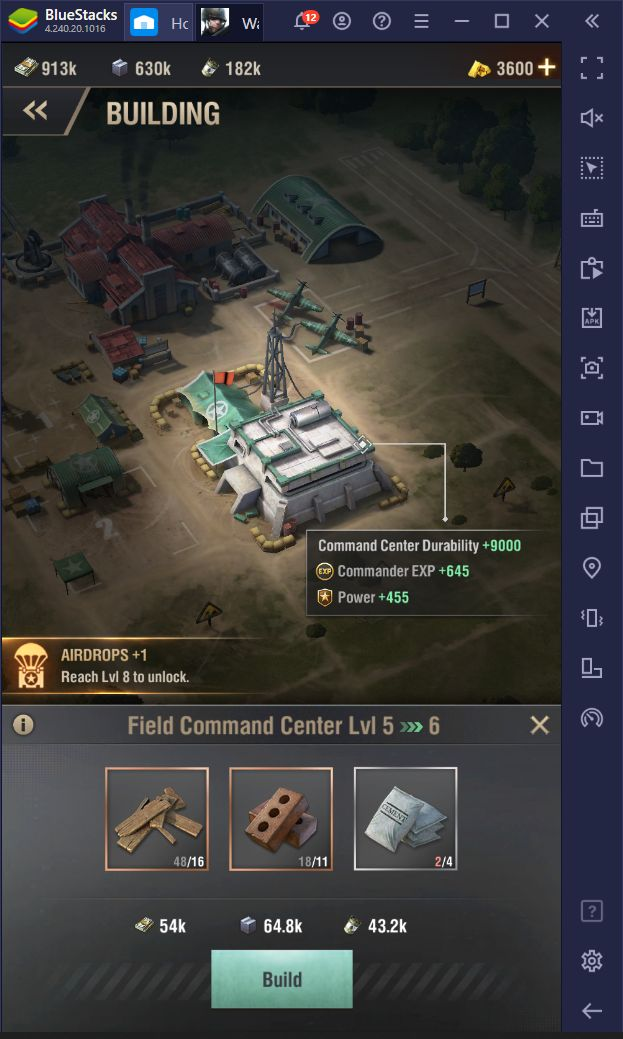 As you increase your level, you’ll gain access to new buildings and units.

Your Army and Barracks

Shortly after constructing the Field Command Center, you’ll get access to the Barracks, which is one of how Warpath differs radically from the rest of the games. Specifically, instead of allowing you to constantly train unlimited troops as long as you have resources, each Barracks building unlocks a troop slot in your base. You can then “equip” a troop to the Barracks slot, and the building will automatically produce several troops to the squad, relative to the level of the building. The higher the level of the Barracks, the more troops it will be able to fit in a single squad. 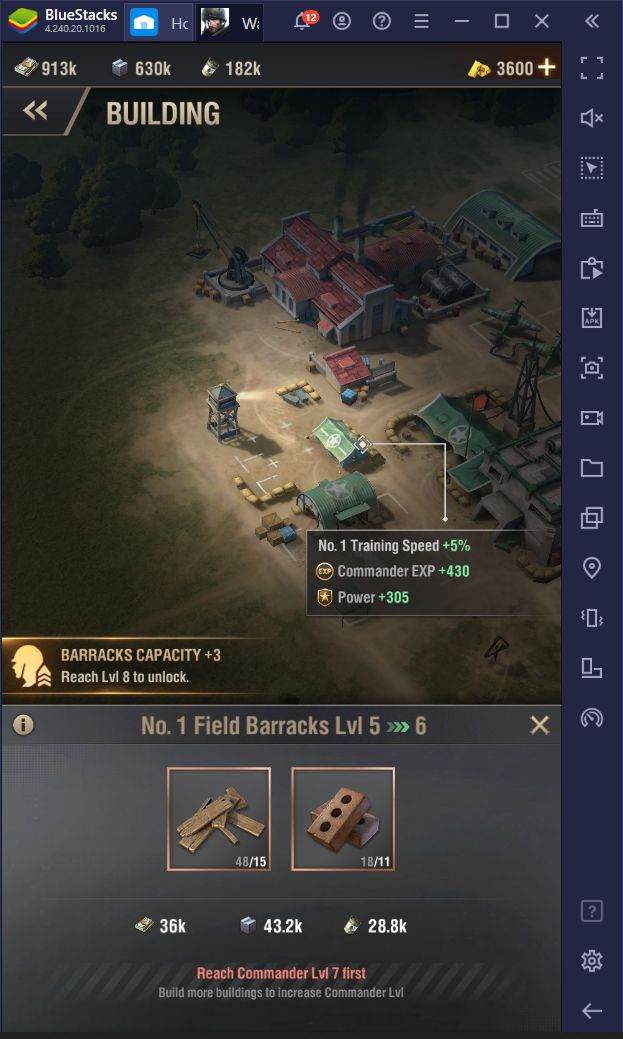 Your equipped unit will then deploy to the field, and you can control it just like in an RTS game. You can drag them to make them move to a selected spot, or you can choose an enemy on the map to attack and they’ll engage automatically until winning or until they fall. You can also send them out to explore and engage against the enemies they may encounter along the way with the “Auto Attack” movement option.

As your units fight and take damage, some of their soldiers might fall in battle, and you’ll need to replenish them via your “Army” screen by paying certain resources, including a unique stamina-like currency called “Reserve Troops” that recharges automatically over time. And as you build more Barracks, you’ll unlock more troop slots for your base, up to a maximum of 5 slots. Furthermore, each Barracks can be upgraded by having extension buildings annexed to them, which increase, among other things, your max reserve troops limit, the speed in which reserves recover, and the time it takes to train new units, among others.

To perform any type of construction on your base, you’ll need certain resources, including the 3 standard ones you can find on your topmost panels such as military funds, crude oil, and steel. Other upgrades and buildings, however, might require processed materials such as planks, bricks, cement, and I-beams, among many others. 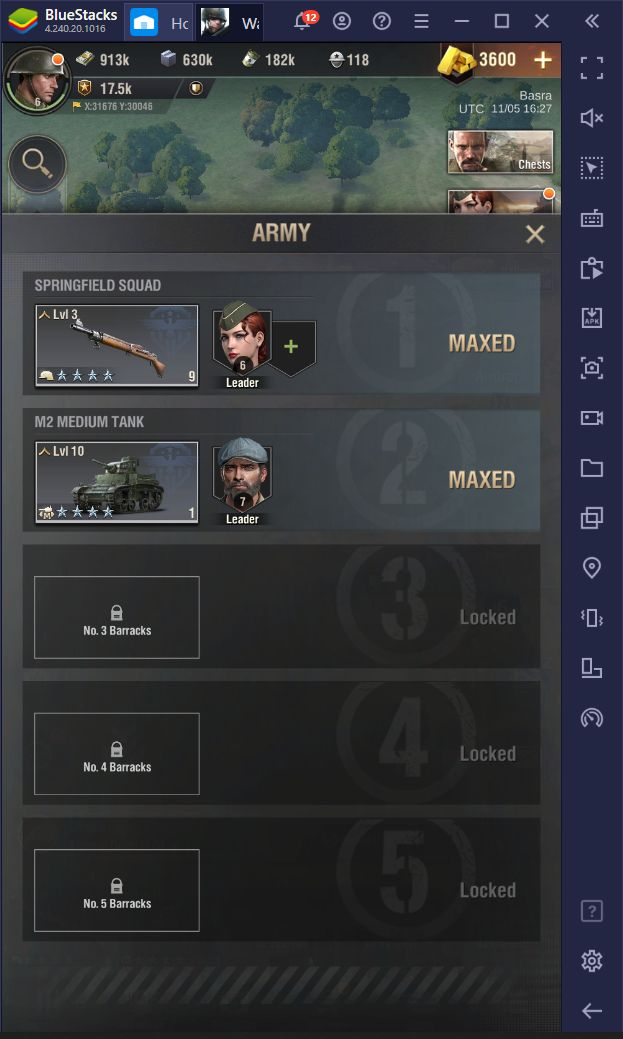 There are several ways to obtain processed materials and other special resources, though the easiest is simply to produce them in your Engineering Centers, another type of building that you unlock early into the game. This is achieved easily by accessing the building and enqueueing the materials you wish to produce to begin the manufacturing process. 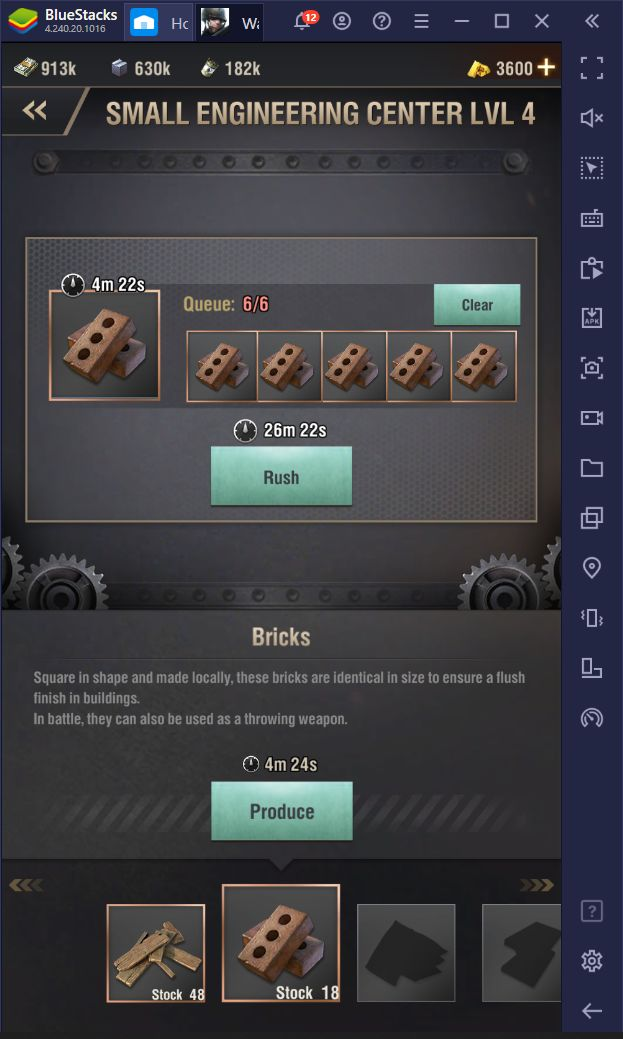 Every material has its own production time, so you can simply queue several of them and return later on to pick up the products and place further orders. As you upgrade your Engineering Center, you’ll also unlock more production slots to enqueue a larger number of products at a time, and will also gain access to more complex materials.

The movement and combat mechanics are some of the most gratifying features in Warpath, allowing us to freely select each unit and move them anywhere with a simple click. This system is very similar to the movement mechs in PC RTS games as you can simply select your units and command them, with a couple of clicks, to move to their destination. 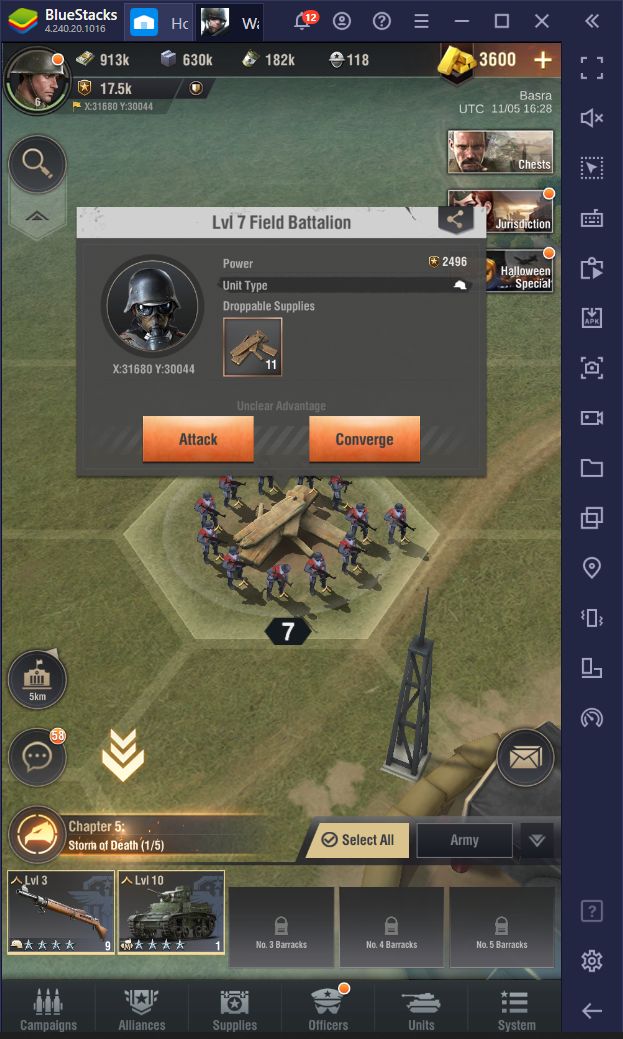 When attacking enemies on the world map, your units will automatically assume combat positions and begin firing. As they fight and deal damage, their ultimate meters will start filling up. And when it’s full they will automatically unleash a special skill, which varies per unit. In this sense, while the combat is

While there’s a lot more to consider when it comes to playing the new Warpath, we’ve covered pretty much all the basics necessary for getting started. 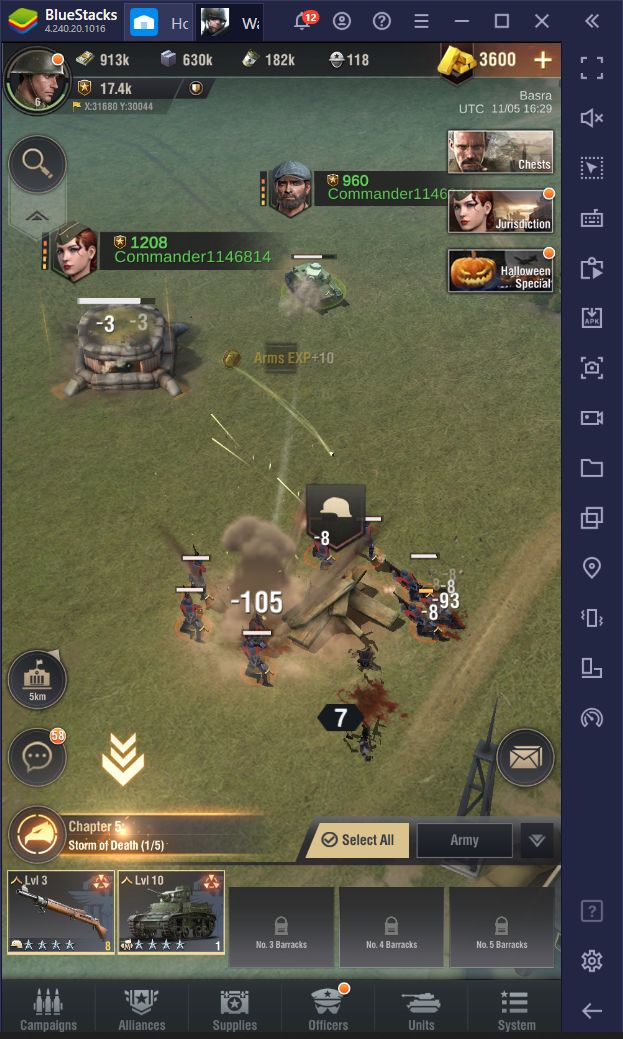 Let us know if you have any questions in the comments below. Alternatively, feel free to share your best Warpath tips and tricks to help your fellow gamers out!